Lukasz Wyrzykowski (Poland) is a professor of astronomy, working at the Astronomical Observatory of the University of Warsaw, Poland. He studied physics and astronomy at the University of Warsaw and completed his PhD in 2005 there.  In years 2006-2015 he was a postdoc at the Institute of Astronomy, University of Cambridge where in 2008 he joined the Gaia space mission. He was one of the main designers and developers of the Gaia Photometric Science Alerts system. Since 2013 he has been organizing the network of small telescopes for follow-up of Gaia Alerts under the EC's OPTICON grant time-domain work package. For his research Lukasz obtained multiple grants from Polish and international institutions, including European Commission and Fulbright Commission.

Within the ORP project, he is coordinating WP18 VA2 TDA-CSS, the Virtual Access platform for the time-domain astronomy research, BHTOM.  Within the ORP, he is also organizing the annual workshops for the users of the BHTOM. 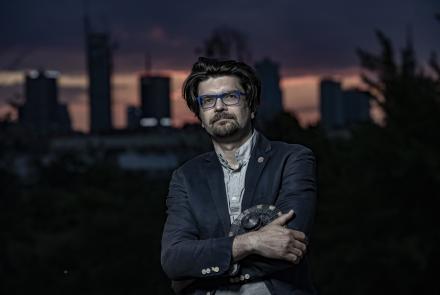