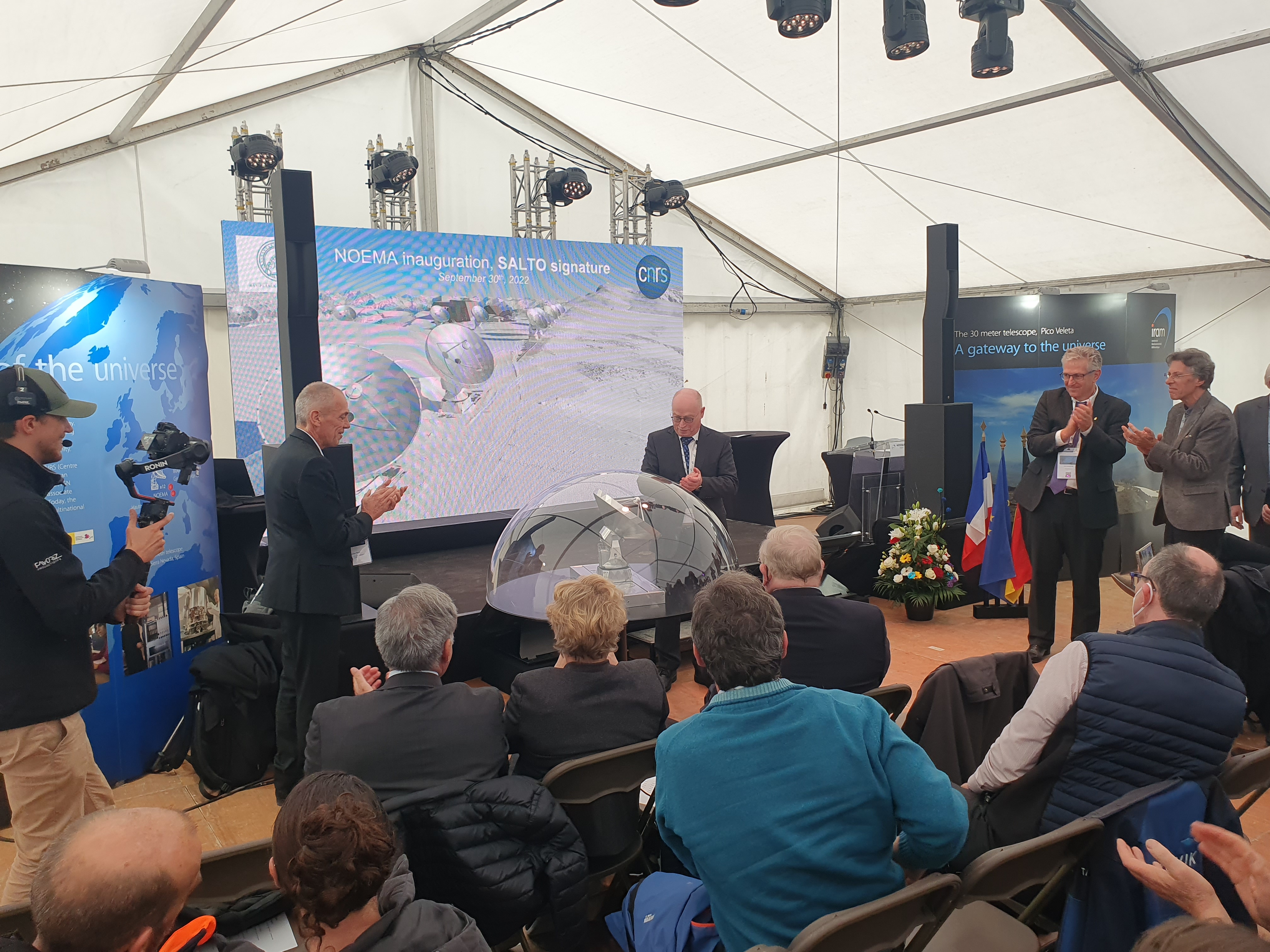 On 30 September 2022 NOEMA was officially inaugurated, making it the new major facility for radio astronomy in Europe.

The NOEMA infrastructure has been inaugurated in the presence of Antoine Petit, President and CEO of the CNRS, Martin Stratmann, President of the MPG, Rafael Bachiller, Director of the Observatorio Astronómico Nacional of the IGN, Karl Schuster, IRAM Director, Stéphane Guilloteau, Chairman of the IRAM Steering Committee, and Reinhard Genzel, 2020 Nobel Prize in Physics and member of the IRAM Steering Committee. ORP Coordinator Stephane Basa and

For more information read the IRAM and CNRS press releases on the NOEMA inauguration.